We fix your plumbing problems the first time around and make sure there are no complaints!

The Leader in Condensing Tankless Technology

In 2006, Navien, Inc. was established to open new markets in the United States and Canada for parent company KD Navien. Navien has since become one of the fastest growing companies in the home comfort sector in North America, providing condensing tankless gas water heaters and condensing combi boilers. Navien’s products possess state-of-the-art technology, high efficiency and reliable quality, making it the leader in the marketplace for tankless technology.

Conventional tank-type water heaters eventually run out of hot water when you take multiple draws in a row from the tank.

Since Navien Condensing tankless water heaters only provide hot water when you need it and can provide an endless supply of hot water, you never have to worry about running out of hot water no matter how many hot water draws you have in a row.

Process
1. When a hot water tap is opened the unit detects the flow.
2. The flow sensor activates to determine the amount of hot water needed.
3. The igniter activates.
4. The gas control valve opens to supply the correct amount of gas.
5. The fan and venturi activate to provide the correct amount of gas and fuel.
6. The premix burner ignites providing a flame to heat the water.
7. Cold water is pre heated in the secondary heat exchanger.
8. Pre heated water passes from the secondary to the primary heat exchanger.
9. The unit determines outgoing set temperature and adjusts the flame to heat the water
10. Heated water moves to the buffer tank 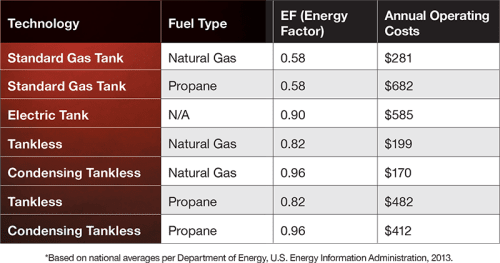 What is "Green" Plumbing

Green Plumbing
Is one of the fastest growing topics in the plumbing industry.
Arizona All Service Plumbing offers you ways to use less energy, less water, and fewer chemicals for a cleaner, more sustainable environment and can also help lower your utility bills. Green Plumbing practices can help you—as a a homeowner— not only save on your electricity bill, but can help lower your water bill while helping you to do your part to save the environment.

Did you realize that you can cut your water heating
bills in half?
You can, by using Solar Heating.
Let me speak with you about the alternatives available including Federal and State Rebates which will enable you to save money on your energy bills and lower your production of greenhouse gases.

Because of the economic climate you are facing, do you feel that you can’t afford to do your part?
You can!
Talk to me about the alternatives that are available,
at a low cost to you. You, too, can go green!

Do you lack the monetary resources to purchase
a new home and/or business?
Would you like to improve your current bathroom
or kitchen?
Have you thought of a bathroom or kitchen remodel?
Let me help you do it with efficiency! 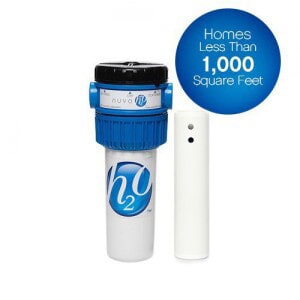 Nuvo Studio System
Nuvo Salt-Free Water Softening SystemHow It Works
Water is a basic necessity. But what about the difference between hard water and soft water? Soft water will keep your plumbing, appliances, water heater, fixtures, dishes and shower doors scale free. It will leave your skin feeling soft and smooth. And it will help you save money because your water heater and appliances will work more efficiently and you will use fewer detergents and soaps.

NuvoH2O treats hard water in two ways:
First, instead of removing calcium like traditional salt softeners, the NuvoH2O system chelates (binds) and sequesters (isolates) the calcium ions, preventing them from precipitating out and forming scale. Once bound to CitraCharge, the NuvoH2O chelant, the mineral cannot form scale.
Second, NuvoH2O also lowers the measured pH of the water to reduce or eliminate scale formation.

Effects of Chelation on Scale Formation

The NuvoH2O Salt-Free Water Softeners use a process called “Chelation” (pronounced key-LAY-shun). Chelation involves the binding, or stabilization, of mineral ions naturally found in hard water. The chelant in CitraCharge creates a ring structure to bind the ions to the CitraCharge instead of to other ions, which is what typically causes scale and hard-water deposits. 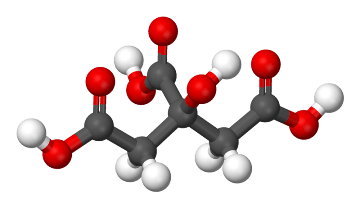 Our CitraCharge formula stops the mineral ions from causing hard water problems by making the typically troublesome minerals stay apart in the water, so instead of attaching to the metal in the pipes the water passes through. Since they’re bound, those minerals also freely wash away from your body, hair, dishes, pipes, fixtures, and appliances.

Effects of pH on Scale Formation

A primary ingredient in CitraCharge is an FDA approved citric acid. Citric acid is a weak organic acid that occurs in fruits and vegetables. It is a natural chelant and preservative, and is used in many foods and soft drinks. The table below has the pH measures of a number of everyday items.

pH is one of the key factors determining whether or not scale will form. pH is the measure of the activity or concentration of hydrogen ions in a solution. Pure water has a pH very close to 7 at room temperature. Solutions with a pH less than 7 are said to be acidic with the acidity increasing as the pH decreases. Solutions with a pH greater than 7 are basic or alkaline.

CitraCharge naturally decreases the pH of hard water—which is nearly always alkaline—to closer to the neutral range, substantially reducing its potential for scale formation. Since the pH scale is a logarithmic scale (like the Richter scale for earthquakes), even small changes make a big difference. For example, if water measured 7.9 on the pH Scale is decreased to 7.4, it experiences a fifty-fold (50x) decrease in hydrogen ions.

With nearly 30 years in use, NuvoH2O’s technology has been proven in both commercial and residential applications. The technology was first used in commercial environments and was adapted for residential use more than 6 years ago. Since that time, NuvoH2O has been installed in tens of thousands of homes in the U.S., Canada, Europe and even parts of Asia.

Our technology’s effectiveness has also been independently verified by the world’s largest nonprofit research and development organization. At the behest of the EPA, NuvoH2O tasked Battelle with confirming and quantifying the benefits of the NuvoH2O system.

In order to put NuvoH2O through its paces, Battelle decided to test our products in the harshest real world environment possible. Using electric tankless water heaters (scale forms very quickly on electric heating elements) and municipal water with high grains of hardness, Battelle ran two experiments on the NuvoH2O systems. The first phase simulated over 2 years of water heater use to test NuvoH2O’s ability to prevent scale from building up. The second phase of testing used previously untreated water heaters with the NuvoH2O system to test NuvoH2O’s ability to remove existing scale. 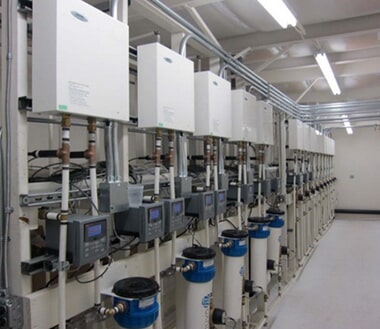 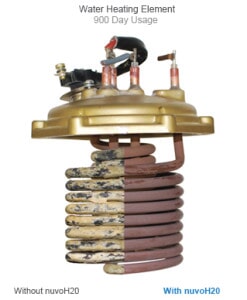 If NuvoH2O can prevent scale in the harshest of environments, we are sure our products can protect your home’s plumbing, appliances and fixtures from hard water!
You can read a more complete summary of the findings here:
nuvoH2O Efficacy and Consumer Benefits Study Summary

Water heaters come in a variety of specifications, and we know how to handle them all. Whatever the problem may be, we will ensure that your heater is up and running without any issues. We provide you with complete services, from installation to repair to replacement.

Sewer And Drain Clean Up

If you are receiving foul and smelly water from your water softener system, it’s definitely time to get it repaired. We offer complete installation, repair, and replacement services for your water softener systems. We can assess the situation accurately and recommend the best solutions for you. We prefer Nuvo H20 Water Softners for their excellent track record and exceptional product line.

Need plumbing services for your mobile home? We can help you with it! Our team is well trained in handling all types of plumbing for mobile homes. Call today if you have any questions or to schedule an appointment!

We have licensed technicians for all of your water and gas line repairs and installations. We repair and install interior galvanized pipes, service lines in yards, and more. Our team ensures that the entire process is taken care of safely and without causing any inconvenience to you.

Dealing with a clogged or running toilet can be troublesome. Our skilled plumbers can help you with it. We are experts in handling all kinds of repairs, from faucet repairs to leak and clog repairs to shower repairs, and more. We also replace parts if needed.

We help you identify leaks or blockages in your sewer line by using varied tools for inspection. We have state-of-the-art plumbing inspection equipment that can review the condition of your pipes and sewer systems, and help us take corrective measures.

Got leaking pipes or blocked drains?